whose coefficients satisfy the identity

and determine the value of

First, we know the power-series expansion of

we can compute the coefficients

Then to compute the value of

we solve the differential equation 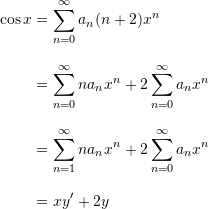 then we can divide the above differential equation by

Now, we can solve this differential equation as follows, 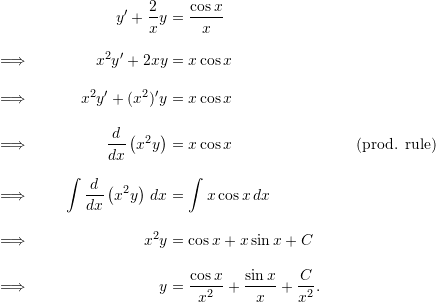 is an arbitrary constant.

(Incomplete. Judging by the answer in the back of the book, Apostol computes this constant as

. I’m not sure how to get that though. I think we need some kind of initial condition to determine the constant, and so get a unique solution for

. Maybe we can assume this must be continuous at 0 and then take a limit as

? I do think that would get us to

, but I don’t know why can assume

is continuous at 0. Leave a comment if you have any suggestions.)