Prove that the following sum converges and has the given value. 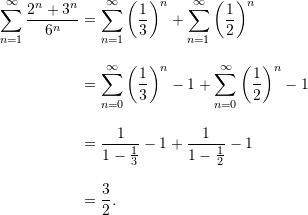