have opposite signs. Prove there is some

Then we claim that for sufficiently large

(So, when we multiply a positive number by

So, we need to show that the claimed term is indeed positive. First,

This is true since for each term in the sum

Now, since we are showing there is sufficiently large

such that our claim is true, we let 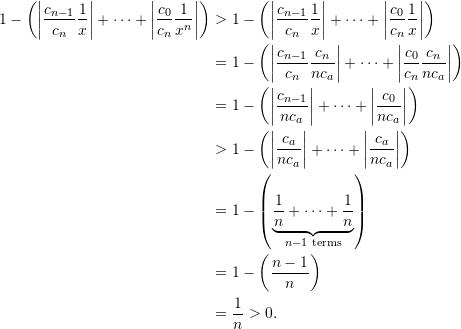 This proves our claim, and so

have different signs (since

had different signs by assumption); thus, there is some